by Emily, posted in artists   |  Comments Off on cy twombly

I am kind of obsessed with these Cy Twombly roses lately, the scale is what makes them super impressive in person.  I think I may paint a version of them on Esmae’s wall behind her bed.  I am sick of her vinyl stickers…

by Emily, posted in limited prints   |  Comments Off on last call….

Here is the last of the Snow Driven series giclee prints.  Getting started on your Holiday shopping ? I already have 3 gifts done, so unlike me.   I am due December 28 to have a baby so I need to really get it done early this year!

Everything is printed on somerset print making paper, hand signed & numbered. There are only 7 in each addition.  All are 11×17 giclee prints archival quality inks.  If you’re interested email me at info@emilykingart.com

by Emily, posted in holiday   |  Comments Off on introducing the christmas card project…

I am starting a project thats been in the works for a little while…….early, because I am due to have a baby in December so I have to get things moving!  Anyway I am excited to announce that I will be offering a custom Christmas card design/illustration service this Holiday season.  I had so much fun doing our’s last year (below) that I thought I would leave space this year to do a few of yours too. There is something about documenting each year with a card that helps mark the passage of time & how your family has grown.   I am more into the visual representation with perhaps a simple message (on the cover or inside) then anything else.  If this is your speed too then listen up.

How does it work you ask?

You decide on a watercolor illustration or cut paper work (2 figure limit on cut paper)  & we come up with a design. We decide on the idea together then I get to work.  In addition you will get to keep the original art work I create for your card & a digital file of the art to get printed into cards.  If you need a printer don’t stress I have an excellent one I can refer you to with great prices.  So all of this an 11×14 original piece of art you’ll have forever & your Christmas card uniquely designed for one flat rate of $195.00

I am also offering a more comprehensive package for anyone wanting a larger piece (16×20 or bigger) of art with a watercolor illustration / cut paper option(no figure limit on this one) & a more intensive design process for $385.00. Space is very limited for both packages so email me with ? or if your interested at

info@emilykingart.com – to get things rolling…..

post edit: depending on the volume of orders I may announce an order by deadline date. I will not put a designed by Emily King announcement on the card any where if you’re wondering.

by Emily, posted in home   |  Comments Off on mustache bed

This is Abe’s new (to him) big boy bed. I Found this crapper on KSL for 30 bucks. It’s all wood and I like the lines of the bed.  I thought it would look really cool painted a bright color.  Abe chose a cobalt blue.  The head board kind of reminds me of an old school stache, perfect for a little man.  I also scored a childs danish modern book shelf for 20 dollars. It was definitely worth the trip to north Ogden.  Now I better get Josh to sand that 70’s lead paint off the bed before I paint it. He will be thrilled…

by Emily, posted in family   |  Comments Off on food wars

Growing up at the Snow house there was a feeling of starvation……. of food.  My Mom had a grocery budget every month. She would spend a certain amount each week & when it was gone, it was gone.  She would NOT go to the store a day earlier then planned.  Even if we where down to dipping tortilla’s in A1 sauce (my sister’s personal fave).  If you ask any of the Snow children they will tell you they felt starved to some degree.  We all had different methods of coping, I would head to a friends house, usually next door where soda pop & sugar cereal was plentiful (neither of which my Mom would buy.)

So here I am at the age of 31 planning on trying the exact same thing my Mother did. I never thought I would see the day. I will say as a result the Snow children will eat almost anything & there wasn’t much if any waste.  2 things that I want for my house & my children.  Not to mention the enormous amount of money my Mom probably saved by passing on those “few things” trips.  I also like the idea of buying better quality food & consuming less of it.  I think we end up wasting so much & also easily sustaining ourselves on snacky food with little nutritional value.  So after weighing the pros & cons, I am going for it.  Officially turning into my Mother.  I will update on the results after a month.  It will either be a great success of money & nutrition or send me back into a time warped feeling of starvation from my childhood that will end with me at the grocery store buying cases of soda pop & sugar cereal.  If it’s a success I better prepare myself for a lifetime of complaining from my children on how they were starved growing up…… If they turn out doing the same thing I did, I think I can handle it.

On a side note: Manning peaches are king around here (their orchard is just across the highway).  Me? I can’t wait for the Alberta peaches to come out.

by Emily, posted in studio images, Uncategorized   |  Comments Off on today’s wrap up

My kids are finally playing outside in the shade, temps are coming down? I am enjoying a creamie after a long day budgeting, we are talking all day fine tooth comb type of budgeting. I deserve it, the creamie (not the budgeting ).

Finally someone today & several others have asked for a giclee print of this little sketch that is a study for a painting.  The sketch seems to really resonate with people.  What do you think- should I do it, would you buy one? I can see why people would want one, I like the idea of having a unique picture of Christ, something that hasn’t been seen a million times but has the same reverence & meaning.  I am thinking about running one limited edition so the image doesn’t get overly saturated…… hmmm

by Emily, posted in commissions   |  Comments Off on in the studio

by Emily, posted in Today's Mama Posts   |  Comments Off on Mary Poppins !! 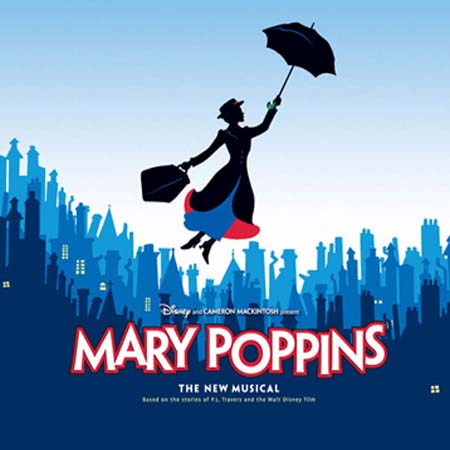 Listen up this is a great deal! So the awesome website I write for has asked me to spread the word about this deal on tickets to Mary Poppins for bloggers or other social media participators.  If you enter the  promo code: UtahMama

then choose one of the following dates you will get buy one get one free on your ticket purchase!  The dates & times of shows the deal is offered:

Here is the major savings break down & the link to buy tickets.  I will be there on Saturday Sept. 3 for the 2pm show! Can’t wait!

by Emily, posted in family   |  Comments Off on kindergarten!

No nerves at all, she was so excited! To bad they only kept them for an hour & she doesn’t go back until next Monday. I’ll take another week of summer though!

by Emily, posted in family   |  Comments Off on barefeet + messy hair + dirt =